A.
Understanding the Statutes 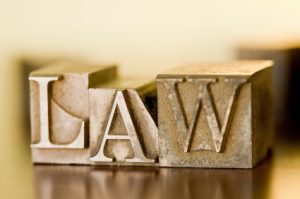 UM/UIM coverage in Virginia, and probably in most other states, is heavily governed by statute. In the case of Virginia, the governing statute is Virginia Code §38.2-2206. The discussion to follow will be limited to Virginia law, but note should be made that it will be necessary from time to time for an attorney handling a UM/UIM case to consult the law of another state. This is by reason of the fact that UM/UIM coverage is a contractual matter. Under Virginia’s conflict of law rules, a Virginia court will look to the law of the state where the insurance contract is formed or delivered or is to be performed to interpret an insurance contract.  This has implications in UM/UIM coverage cases when the underlying policy is not a Virginia policy. The caveat here for the practitioner is to determine what law will govern the UM/UIM coverage in his particular case. The mere fact that an accident may have occurred in Virginia and the injured plaintiff would have the right to bring his tort action against the uninsured/underinsured motorist in Virginia does not make Virginia law the source for interpretation of the UM/UIM insurance coverage implicated in the case, unless the UM/UIM insurance coverage is contained in a Virginia policy. Various injured persons’ rights in pursuing a UM/UIM claim will arise out of the underlying insurance contract, and the practitioner will readily learn, in the case of a non-Virginia insurance policy, that the procedures for perfecting a UM/UIM claim often vary significantly from Virginia procedures. Mandatory procedures, such as arbitration, which are not allowable under Virginia law, except by agreement of the parties, often appear in the UM/UIM provisions of non-Virginia policies.

Note should be made that while uninsured/underinsured motorist coverage endorsements in Virginia policies frequently have provisions for arbitration, such provisions are purely voluntary.  Neither the UM/UIM carrier nor the insured making a UM/UIM claim can require arbitration of the claim. This is specifically provided in subparagraph H of Virginia Code §38.2-2206.

It cannot be overemphasized that Virginia’s UM statute, §38.2-2206, is essentially the final word in respect to UM/UIM claims. This governs not only the substantive rights of the insured and his carrier but also the procedures for perfection of a UM claim. This has long been the law and has been clearly stated in cases such as Bryant v. State Farm Mutual, 205 Va. 897, 140 S.E.2d 817 (1965).

B.
Case Law and Legislative Update

The initial concern in respect to a UM/UIM case is whether or not the injured person is an “insured” under the uninsured motorist coverage provisions of one or more automobile insurance policies. From its inception, the UM statute has created two classes of insured. The first class, with the broadest protection, is composed of the named insured, his spouse and relatives, if such spouse and relatives are residents of the same household as the named insured. The second class of insured for UM purposes is anyone else occupying an insured vehicle; that is, a vehicle described in the automobile insurance policy for which liability coverage pertains. A class one insured will be entitled to UM/UIM coverage as the result of the negligence of an uninsured/underinsured motorist whether such person is occupying a motor vehicle or not at the time of the accident. This clearly covers a class one insured in the event he is injured by an uninsured/underinsured motorist while such class one insured is a pedestrian. A class two insured under a particular policy is only entitled to UM/UIM coverage while occupying the insured vehicle.

The typical exclusions under UM/UIM coverage encountered in a Virginia automobile policy read as follows:

Of the above exclusions, the one which is most significant for the practitioner is Exclusion A1, involving settlement by an insured which prejudices the UM/UIM carrier’s right of subrogation. The most significant situation that this exclusion addresses is the case in which there are two or more joint tortfeasors, one of whom is insured for liability.  The temptation sometimes arises for the plaintiff’s attorney to settle the claim against the tortfeasor who is insured for liability, particularly if his assessment is that such tortfeasor is less likely than the other tortfeasor(s) to be held liable at trial. This arises out of the confusion between the provisions of Virginia Code §8.01-35.1 (regarding settlement as to one tortfeasor without impairing the rights against another) and the contractual obligations of an insured under his insurance policy. A settlement by plaintiff of his claim against an insured tortfeasor will not impair such plaintiff’s right to continue his pursuit of a joint tortfeasor who is uninsured or underinsured, but, if Exclusion A1 is violated, it could impair the plaintiff’s right to recover under his own UM/UIM coverage. This exclusion has specifically been validated by the Virginia Supreme Court in the case of Virginia Farm Bureau Mut. Ins. Co. v. Gibson, 236 Va. 433, 374 S.E.2d 58 (1988). It should be noted, however, that the specific exclusion under review in Virginia Farm Bureau v. Gibson was worded differently than the current exclusion. Specifically, the exclusion under review in Virginia Farm Bureau v. Gibson did not require a showing of prejudice in the event of settlement against someone other than the uninsured/underinsured tortfeasor. The question arises as to what would establish prejudice to the UM/UIM carrier in the event of a settlement against someone other than the UM/UIM tortfeasor. The safest approach, however, is either not to settle with a joint tortfeasor, or at least to obtain the consent of the UM/UIM carrier to such settlement with the joint tortfeasor. If such consent is solicited, it would be best to request that such consent be confirmed in writing.

The most significant portion of these limit of liability provisions is paragraph A, which is the current approach to gain the advantage of the Virginia Supreme Court’s holding in Goodville Mutual v. Borror, 221 Va. 967, 275 S.E.2d 625 (1981), which approved language as sufficient to prevent the stacking of UM coverages under a single policy insuring multiple automobiles. With one exception, the language approved in Goodville has been successful for the past thirty years in preventing the stacking of UM/UIM coverages under a Virginia policy insuring multiple automobiles. The one exception, Virginia Farm Bureau Mutual Ins. v. Williams, 278 Va. 75, 677 S.E.2d 299 (2009), has been regarded by various trial courts as not changing the holding in Goodville, and has been regarded by such trial courts as a case which should be limited to the peculiar facts in Virginia Farm Bureau.

Virginia Code §38.02-2206 specifically addresses “hit and run coverage” under the “John Doe” provisions in the statute. “John Doe” is treated as an uninsured motorist, and the rights and procedures provided in §38.2-2206 govern John Doe claims. The injured insured should bring his lawsuit against John Doe, serving his own uninsured motorist carrier. From that point forward, everything proceeds as in any ordinary tort claim against an uninsured motorist.  The provisions for pursuit of a “John Doe” claim are laid out in subparagraph E of Virginia Code §38.2-2206.  It should be noted, however, that “John Doe” claims can arise in two contexts. The first of these is the ordinary hit and run in which John Doe strikes the insured or the vehicle occupied by the insured. The other context is in which John Doe does not directly contact the insured or the vehicle occupied by the insured but nevertheless acts in such a way to cause the insured to be injured or the vehicle occupied by the insured to be operated in a fashion which leads to an injury to the insured. This is the “no contact” situation in “John Doe” claims.  Subparagraph D of Virginia Code §38.2-2206 provides that the “no contact” John Doe accident shall be reported promptly either to the injured person’s insurer or to a law enforcement officer.

G.
Stacking Coverage and Who Pays?

It has long been the law in Virginia that an injured person having the status of an “insured” under two or more Virginia policies will be entitled to stack the UM/UIM coverages under each policy in which he is an “insured.”  See Bryant v. State Farm Mutual, 205 Va. 897, 140 S.E.2d 817 (1965).

Prior to Goodville Mutual v. Borror, 221 Va. 967, 275 S.E.2d 625 (1981), a class one insured under a single automobile policy providing UM coverage as to multiple vehicles was entitled to stack the coverage for each of the vehicles under such policy. Prior to Goodville, the language of Virginia policies on this point had been held to be ambiguous and Virginia’s courts therefore allowed stacking of UM coverages for all vehicles insured under a single policy. In 1981, Goodville found that the following language in a UM endorsement in a Virginia policy was unambiguous and prevented the stacking of UM coverages for multiple vehicles in a single policy:

When multiple policies are implicated in a UM/UIM case, the payout under the policies will first be made by the policy applicable to the vehicle occupied by the injured person. The next policy to pay out, if damages are sufficient to get to it, is any policy in which the injured person is a “named insured.” The third tier of payout, if damages are sufficient, would be any other policy in which the injured person has the status of an insured. This order of payout was initially determined in State Farm Mut. Auto. Ins. Co. v. United Services Automobile Association, 211 Va. 133, 176 S.E.2d 327 (1970) in respect to uninsured motorist coverage. Since that time, an amendment to Virginia Code §38.2-2206, specifically in respect to UIM coverage, codifies the order of payment in the event of multiple policies.

A rental vehicle is often owned by a self-insured. It is in this context that a discussion of UM/UIM coverage will be made herein.

In the underinsured motorist context, in which the tortfeasor has liability insurance but it is in an amount less than the total UM coverage afforded the injured person, the “credit” for the underlying liability coverage in determining the extent to which the tortfeasor’s vehicle is underinsured will first be applied to the self-insurers’ UM/UIM obligation, and then, if applicable, to the UM/UIM coverage afforded the injured person under his own automobile insurance policy.  Catron v. State Farm Mut. Auto. Ins. Co., 255 Va. 31, 496 S.E.2d 436 (1998).